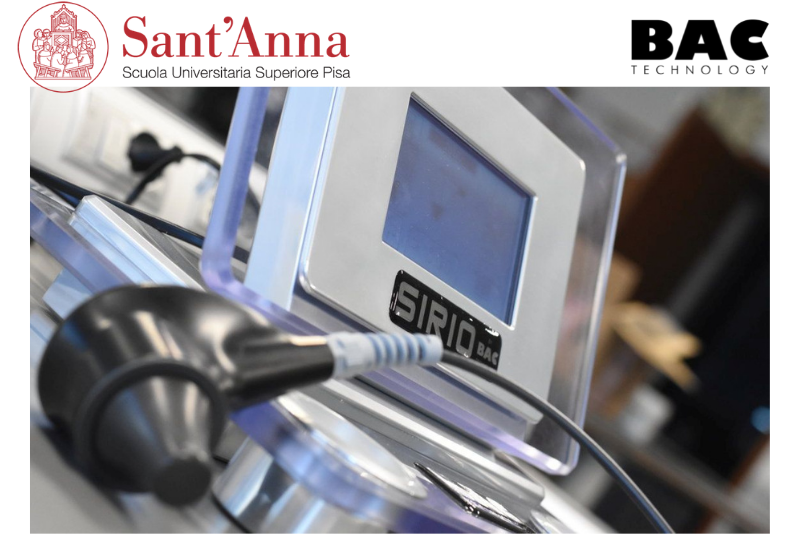 Here is the abstract of the final study report:

This work aims to describe the development and validation of two low-intensity pulsed ultrasound stimulation systems able to control the dose delivered to the biological target. Transducer characterization was performed in terms of pressure field shape and intensity, for a high-frequency range (500 kHz to 5 MHz) and for a lowfrequency value (38 kHz). This allowed defining the distance, on the beam axis, at which biological samples should be placed during stimulation and to exactly know the intensity at the target. Carefully designed retaining systems were developed, for hosting biological samples. Sealing tests proved their impermeability to external contaminants. The assembly/de-assembly time of the systems resulted ~3 min. Time-domain acoustic simulations allowed to precisely estimate the ultrasound beam within the biological sample chamber, thus enabling the possibility to precisely control the pressure to be transmitted to the biological target, by modulating the transducer’s input voltage. Biological in vitro tests were also carried out, demonstrating the sterility of the system and the absence of toxic and inflammatory effects on growing cells after multiple immersions in water, over seven days.

We will keep you informed on the continuation of the the reserch’s results achieved by the project between the Scuola Superiore Sant’Anna and the BAC S.r.l .